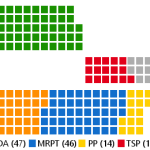 At this time of writing, the election commission hasn’t completed it’s work even if it’s well under way. As a result, we do not have yet a new prime-minister since the voters didn’t elect a majority government. For those who do not know the results yet, here is the count: Party Votes Actual Seats Seats
Read More 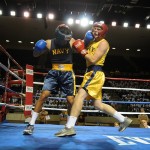 As you most likely know by now, the King decided to only proclaim 11 of the 12 passes referendums. The one he rejected to pass was RZ28 – THE ORGANIC LAW AMENDMENT (Provincial Government) BILL #1 OF 2015 The Ziu resolves to amend the Organic Law to add a new section to the end of Article
Read More 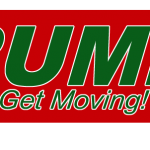 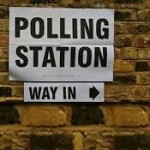 The 48th Cosa Election is starting on the same day as this issue is published and Preßeu Zespenat would like to provide a analysis of the various options. Please note that we are trying to be as objective as possible and that errors might occur. We have included in the following pages the published Manifestos so
Read More

With the 48th Cosa Selection comes the Senate electoral campaign in Atatûrk in which the current longest serving member of Senate, Bradley  Collin Holmes is being challenged by the current Minister of Stuff, Sevastáin Pinátsch. Both men couldn’t more different… Sevastáin Pinátsch is one of the very active citizens of Talossa having posted 687 posts on
Read More
The progressive party posted their manifesto on Wittenberg and it is reprinted here The Progressive Party is the 2nd oldest party in the Kingdom, and has always been the party of ideas. Cosa candidate lists, Kingdom/Republic reunion, a more generous attitude to micronations, Cabinet reform – we’ve always been ahead of the curve when it comes
Read More
On April 25th, the Talossan Socialist Party announced their platform on Wittenberg as follows: We the members of the Talossan Socialist Party hereby present our platform for the coming elections: 1. Sustain the Integrity of Talossan Democracy- through the defense against radical monarchists and fascists. 2. Maintain the Integrity of the Talossan State- through the
Read More

On micronations: No diplomatic relations with “bug-micronations”. The government should not abuse its diplomatic powers. The Foreign Ministry should try to investigate what serious, “like minded” “micronations” are currently active and the potential risks and benefits associated with various forms of diplomatic contacts with such nations, within the limits of the Afaes Utphätseschti Act. On
Read More
On April 25th, the Free Democrats published on Wittenberg their Manifesto for the current election. Preßeu Zespenat republishes it for the interest of our readers: Competence: The FREE DEMOCRATIC ALLIANCE formed by the Liberal Congress and the ZRT will strive to optimise governmental competence. All representatives of the Alliance in the government will perform their administrative duties
Read More